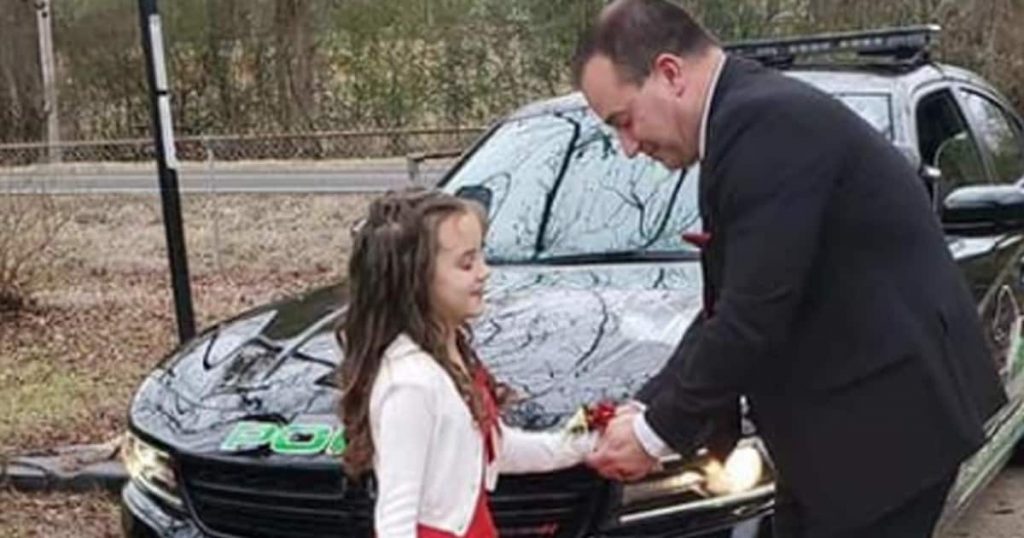 Every girl deserves to have a father-daughter dance. The sheer moment of walking into the center of the dance floor with your father extending his hand while accompanied by music is just precious.

When Nicol “Nick” Harvey noticed the posters with information on the upcoming Father-Daughter dance of Central Elementary School in Van Buren, Arkansas, he couldn’t help but feel sad.

He had three daughters, but all of them are now grown up, so he had no one to take to the dance. “I didn’t think I’d ever get to experience it again,” Harvey, 43, said.

Everything changed when Jamie Hammond, Van Buren’s police chief, sent an email to Central Elementary School. He proposed a way of how the police officers can help fulfill the dreams of the little girls to go to the dance but had no father figures accompanying them.

Harvey and Hammond went to the guidance counselor to share their second-grader idea. After the meeting, they found the story of a second grader named Avey Cox.

Avey’s dad died earlier this year. “They were very close,” Angelia Bernard, Avey’s mom, told TODAY. “Avey wanted to go to the dance but didn’t have anyone to take her.”

Harvey did not waste a second and reached out to Avey and her mom for approval. They both said yes, and just like that, Avey got a father to dance with in the event.

“I bought a new tie and handkerchief to match Avey’s dress and I ordered a corsage,” Harvey explained. Every time he saw Avey at Central Elementary School, he was reminded of the most-awaited father-daughter dance.

Harvey also went the extra mile. Together with five other dads, they rented a Hummer limousine for the dance and treated all the kids for a pizza dinner.

Harvey enjoyed observing Avey absorb everything that’s happening that night, which is the very first time she ever rode a limo. To top it all off, Avey and Harvey went to an ice cream shop after the Central Elementary School dance.

One girl at the party asked Avey if Harvey was her dad. “No, this is our school resource officer,” she replied.

Harvey looked at Avey and said, “Well, tonight, I’m her dad.” Cox pressed her head against Harvey’s arm in agreement.

“I know she’s not my kid, but for a couple of hours, it felt like she really was. I even get to twirl her. We’ve really become best friends through all this.”

Harvey revealed.  Bernard also noticed how Harvey’s efforts made a positive impact on her little girl—she could see Avery’s happiness her kid’s smile.

“It was such a bright spot in the hard month we’ve had. Avey keeps saying it was the best night ever,” Bernard said.

Imagine the lasting, positive effect of Harvey’s actions, Avey’s life. And all it took was one dance from a father-figure she can trust. Learn more about this story and watch the video below: