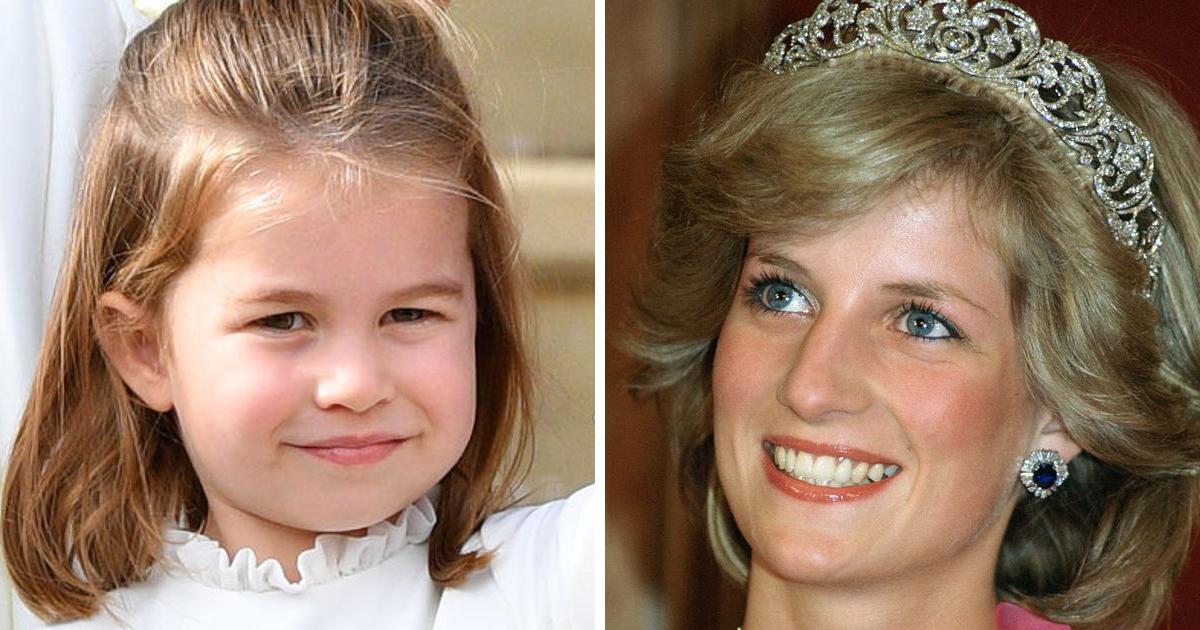 Princess Charlotte of Cambridge, daughter of Prince William and Kate Middleton, is set to inherit a very special heirloom that once famously belonged to her late grandmother, Princess Diana.
Born on May 2, 2015, at St Mary’s Hospital in London, Charlotte has already made an impact on England as one of the children in the Cambridge family. Following her birth, several landmarks were illuminated pink to honor the arrival of Charlotte, including the London Eye and Tower Bridge. There were also salutes at Hyde Park and the Tower of London. Just a few days later, it was announced that Charlotte’s full name was Charlotte Elizabeth Diana, honoring both Diana and the current reigning monarch and her great-grandmother – Queen Elizabeth II.

The young princess is also extremely well known for bearing a remarkable resemblance to her late grandmother, who died in a tragic car accident in Paris in 1997. Although she is still very young, Charlotte has already begun establishing herself as a princess, proving just how adorable yet royal she really is.

Charlotte is the middle child of the Cambridge family, as she has an older brother, Prince George, and a younger brother, Prince Louis. She is also William and Kate’s only daughter and is currently fourth in line of succession to the throne, following her grandfather, Prince Charles, her father William and her brother George. As an important member of the royal family, Charlotte is now expected to inherit a very special heirloom that once belonged to Diana. Read on to find out more about this little princess and her exciting inheritance.

Establishing Herself As A Princess 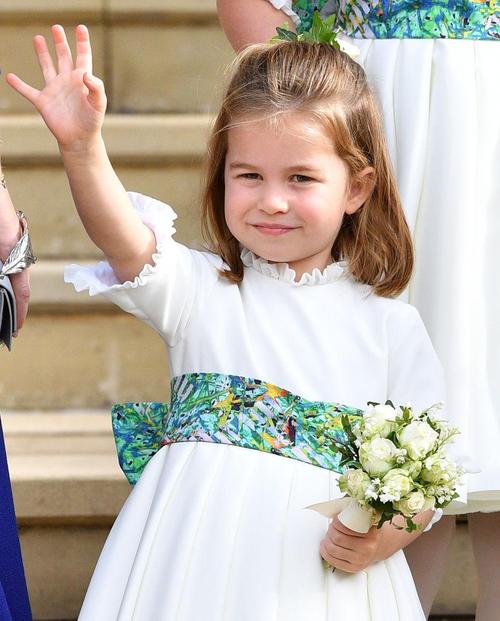 As Charlotte continues to grow up, she is showing more and more of her personality. At nearly 7 years old, she is already enjoying life as a princess and is known for having a fiery yet silly personality. In the summer of 2019, Charlotte was spotted sticking her tongue out at the crowd at The King’s Cup regatta. According to Harper’s Bazaar, the princess also caused quite the stir when she barred photographers from attending Louis’ Christening. Charlotte reportedly said, “You’re not coming!”

The daughter of the Duke and Duchess of Cambridge is adorable and very confident for a middle child. In fact, her mother said she is “the one in charge” of their household, according to Samantha Burge, the wife of a Royal Marine commando who spent time with the duchess and spoke to People. She added:

“(The duchess said) they are both becoming really good friends, George and Charlotte.”

Charlotte’s big personality is complemented by her sweet older brother, Prince George, and her darling younger brother, Prince Louis. While the young princess has shown that she is willing to defend her brothers, she has gotten into a handful of tiffs with them as well. In Dec. 2021, William opened up on an episode of Apple’s “Time To Walk” podcast about what the Cambridge household was really like and admitted that his kids fight nearly every morning.

According to Yahoo News, he has had to diffuse his fair share of arguments between his kids, most notably between Charlotte and her older brother George, as they have repeatedly argued over which songs they want to listen to in the morning.

“Most mornings there’s a massive fight between Charlotte and George as to what song is played,” the Duke of Cambridge said. 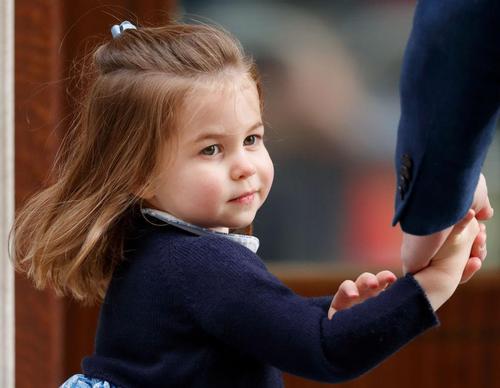 Charlotte is also becoming known for bearing a striking resemblance to two female relatives — her grandmother, the late Princess Diana, and her great-grandmother, Queen Elizabeth II. Back in 2018, a fan account on Instagram posted side-by-side photographs of Charlotte and Diana and noticed the uncanny resemblance between the young royal and how Diana once looked when she was a toddler herself.

“Omg double of her nana … what a great young lady she will turn out to be with looks as beautiful as her angel nana,” one Instagram user commented.

What’s more, as she continues to get older, fans can’t help but notice the similarities she has with her great grandmother the queen as well. From Charlotte’s little smirks to her serious eyes that resemble Elizabeth’s pensive face, she’s inherited more than royal blood from Her Majesty.

Furthermore, not only do they share physical similarities, but Charlotte appears to have a fondness for horses, just like the queen. A source close to the royals told Closer magazine back in 2019 that Charlotte asked her parents for a pony for Christmas. While Prince William deemed her too young to ride, they did gift their daughter a toy riding center with accessories. If Charlotte is anything like her great grandmother then she will be riding horses for her whole lifetime.

It’s even sweeter because Charlotte and her great-grandmother share similar birthdays since they were born just two weeks (and nearly nine decades!) apart. If you compare old photos of the queen at Charlotte’s age, the two could even pass as sisters. 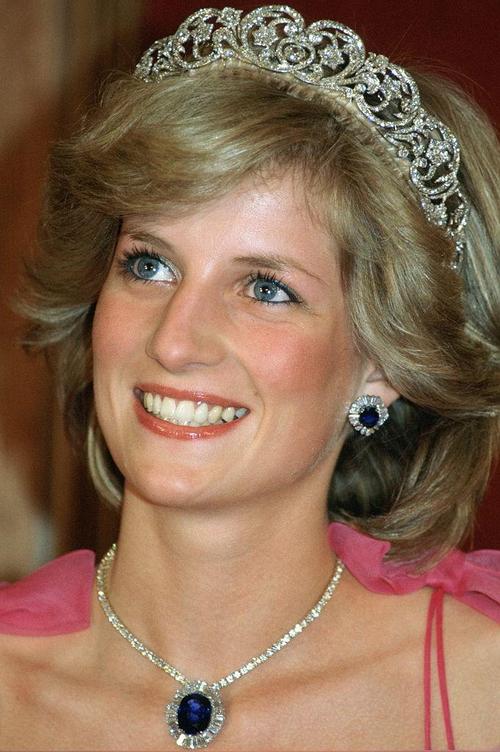 Not only does Charlotte look similar to her late grandmother, but she is also set to own the same piece of jewelry that Diana once owned and wore. According to GoodtoKnow, Charlotte is expected to receive the beautiful Spencer Tiara, belonging to the Spencer family.

The tiara is from the 1930s and was designed using pieces of jewelry that the Spencer family already owned to create the masterpiece. It was later famously worn by Diana during her wedding to Prince Charles in 1981, and again on other special occasions, including a state dinner in Brisbane, Australia, in 1983. It is currently in possession of Diana’s younger brother, Charles, 9th Earl Spencer, as per GoodtoKnow.

“William is close with his uncle and has asked if his mother’s namesake tiara can be given to Charlotte someday.”

The insider added, “William is quite aware the earl has two daughters of his own, but the two have agreed that Diana’s iconic piece belongs to her first granddaughter.” The tiara is also unlikely to be given to Prince Harry and Meghan Markle’s daughter Lilibet, as Charlotte was the firstborn daughter of the future king.

Palace insiders also explained that once Charlotte is all grown up, she will have “the pick of the palace jewels” – and two pieces are already set to be put aside for her. While Charlotte is expecting to receive the Spencer Tiara, she is also set to inherit the $18.5 million Vladimir Tiara, which was refurbished in the early 1900s with Cambridge emeralds, as per GoodtoKnow. Charlotte is reportedly “giddy with excitement” about inheriting the “treasure.” 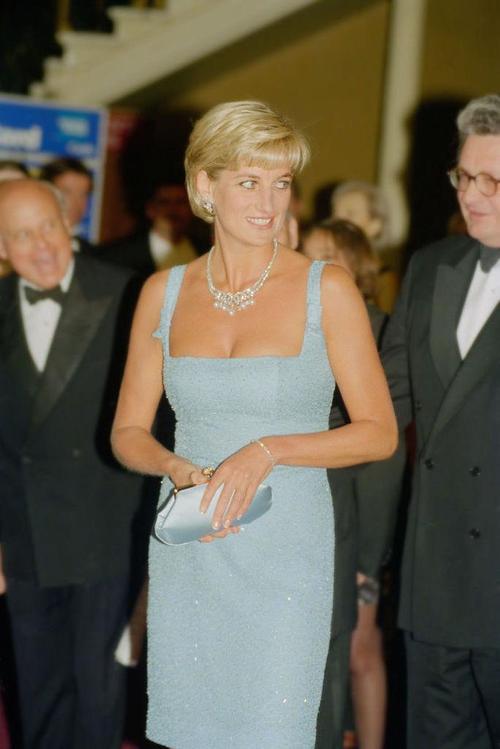 What do you think about Princess Charlotte inheriting her late grandmother’s beautiful tiara? Let us know, and be sure to pass this along to your loved ones, too.