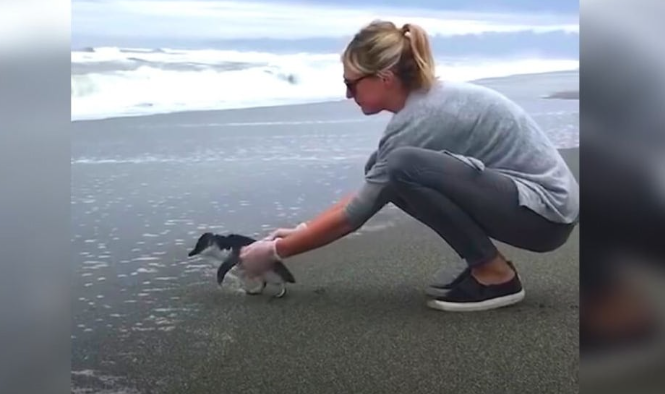 Penguins can also treat you as their family. Recently a blue penguin was rescued from being entangled by plastic netting. The caretakers did everything for the penguin’s health and as soon as the little one was ready to be released into the open ocean. But it turned out that the little blue penguin got attached to his caretaker. When they reached the sea and the kind-hearted caretaker put the penguin on the ground he did nothing but looked back. It seemed that the penguin created a strong bond with his caretaker and knew that it was a goodbye. The little penguin looked twice back as if trying to say something. But when the bird sensed the water with his little legs he understood where he belonged. Watch the touching video below.