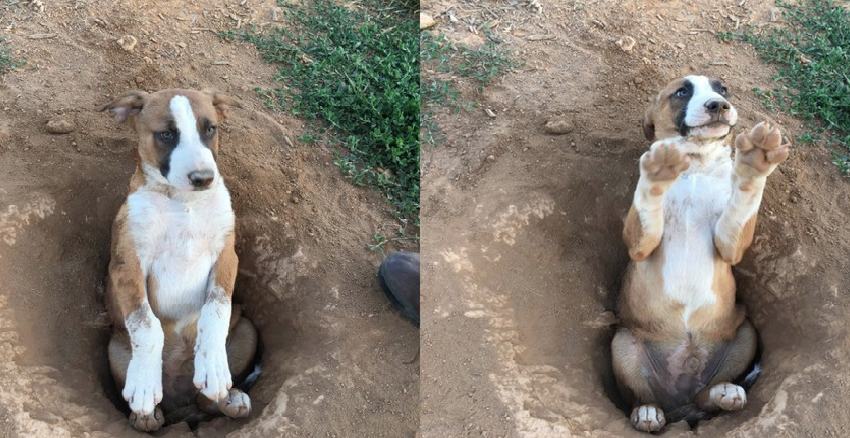 The little dog was noticed by the local people always covered in mud. They fed him and soon he disappeared again. When he came back he was again covered in mud and looked awful.

Fortunately enough, the dog was noticed by a warmhearted girl. She followed the dog ad saw how the poor one dug a hole for him and sat there for hours. The dog was frightened and looked weak. He decided to spend most of his time there and went out of it very rarely. 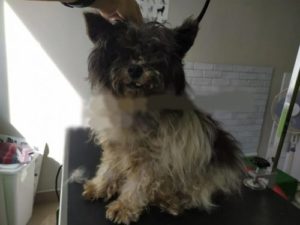 When the girl took him she could hardly bear the smell of the dog. His skin was inured and his tangled fur was covered in mud. But the dog felt depressed and it seemed that he had been abandoned and that was the reason that he wanted to stay in the hole. 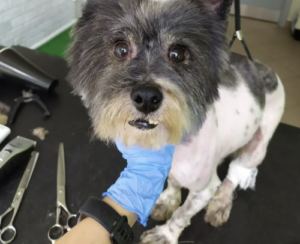 The girl took him to the shelter and gave him everything he needed. Klepik turned out to be a 5-year-old boy who needed some medicaments to get better. He was bathed and his fur became clean and shiny. Klepik became a fluffy cute dog and after the treatment would be ready to meet his new owners.